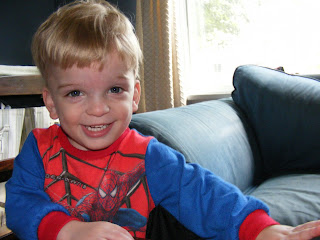 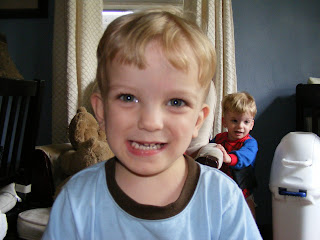 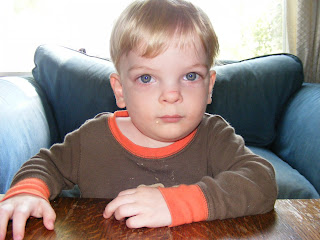 A week ago I went to see one of my favorite bands, Nine Inch Nails, play live. It was an amazing show. The lights, the music, the drunk people, it was great. I also took Colleen, who is 16, along. She got to go see NIN the day I was implanted with the boys back in October 2005. I had planned on going but didnt want to chance anything, so I stayed home. DH took her and when NIN hit the stage DH called me and I listened to the concert via cell phone. It was good but I still wanted to be there. Colleen is my surrogate little sister. She is one of the kids that I used to nanny for. She was 6 months old when I met her and has really turned into a beautiful young woman. And I was thrilled that I could turn her onto a lot of new wave and alternative music, especially NIN. She had a great time at the concert and so did I. We had general admission tickets and me being older and less tolerant of shenagians I was worried. I told her that we had to stay toward the back because people get kinda crazy when you get closer to the stage. I wasnt worried about me, it was more about protecting her from the drunk ass idiots up there. Well I guess there can be drunk ass idiots everywhere and we were right behind Hindu arms girl and her boyfriend who thought that he was at a rap concert. Rapman was very annoying and verrry drunk. He kept talking and then would loose his balance and then fall back on Colleen. It drove us both crazy. I decided to fight back and when he came back toward us, I just pushed him back. Once he slipped and fell on the floor and I secrectly wished he would have hurt his leg and then would be hauled off, but that didnt happen. A friend of his was close to him and saw what was going on and he came over to help. He kept staring at Colleen the red headed beauty and he protected her for most of rest of the night.

The boys like NIN as well. If we are in the car and they start fighting all I have to do is put on some Nails and they get really quiet and are content. NIN was one of the first concerts that they went to while in utero. I went to see U2 at 8 weeks pregnant. Since I had missed NIN in St. Louis, they were doing a college tour in February and were in Champaign so I got tickets. Now those were very good seats, 7th row center. It was very active in my belly that night. I was hugely pregnant at 21 weeks but that didnt stop me from having a good time.

You go girl! I used to be a HUGE NIN fan in my younger days but I honestly think in my old age that I couldn't handle that crowd anymore. Don't you really miss Mississippi Nights for these shows though! We were down at Lumiere Place for a wedding & it's just sad to think that HUGE piece of STL is just GONE! I miss it!!!

I practically lived at Mississippi Nights when I was younger. It sad that it had to go. Although the Pageant is awesome place to see concerts. Have you been there?

I did think that I would feel kinda old at the NIN concert, but I didnt once I got there. There were a lot of people older than me (39)enjoying the music just as much as the younger crowd. My thought is if that I am younger than TR then its cool for me to be there. :)